The Bitmap Brothers’ Z And More Coming To The App Store 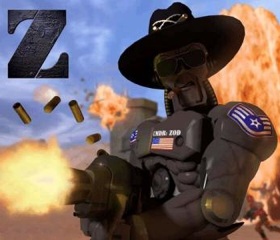 This is exciting news for retro gamers. Bitmap Brothers was a big name in the 80′s and 90′s and some of their best titles are heading to iOS. Do you remember their RTS ‘Z’ for example? It was originally released in 1996 and very well received back then. Critics loved it and gamers bricked their keyboards. What? Yes, the game was pretty hard, so the occasional rage-throw of a keyboard at some point was almost inevitable. If this makes you feel all nostalgic, then you should probably already start recapping your most successful strategies to safe your iPad, iPhone or iPod from some serious damage. Z was presented by KavCom running on an iPad but no release date was mentioned yet.

And besides Z we might see even more Bitmap Brothers classics on the iOS platform. Tower Games, the ones responsible for the recently released port of The Bitmap Brothers’ Speedball 2: Brutal Deluxe are planning to develop more of these classics for the App Store. Amongst them is the 1993 top-down shooter ‘The Chaos Engine’. It got rated very well by the critics and was released on a lot of platforms. But again, no release date was mentioned. I guess all we can do for now is hope that that’s gonna be sooner than later.