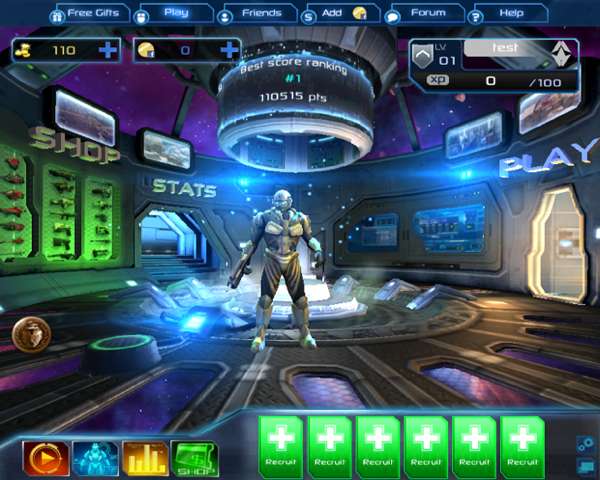 Yep, you read correctly – Gameloft released N.O.V.A. Elite on Facebook. This move definitely came unexpected. What we did expect however, was that it’s going to be a MMO shooter. And it’s also not a secret that Gameloft is testing the Freemium waters. In order to play it, you will have to install the unity web player, which was a rather small 5,8mb download. It wasn’t working with Google’s Chrome on a Mac, but I had no problems with Safari.

Once I was able to connect to the server I was already in the middle of a 12 player match. And although for a quick browser based shooter-fix Quake Live would be my go-to game, it was actually quite fun. But as the match was over and the next one about to begin, I was already greeted with a message that asked me if I want to purchase the following map, since I don’t have it installed yet. It also features quite some customization options, but you will have to pay for most things like weapons and upgrades with Facebook Credits.

So what’s coming in the future? Well, only Gameloft knows for sure, but since it’s running on unity, it shouldn’t take too much effort to make N.O.V.A. Elite available for iOS devices. Considering the success of MMO shooters like Eliminate and Archetype, it doesn’t seem unrealistic.