Supermono Studios, the creators of the great MiniSquadron and EpicWin, had to rename their upcoming iPhone and iPad endless racer Drive Forever to Forever Drive due to same nasty legal issues. This won’t have any impact on the game though, so the more important news is that Forever Drive is in its final stages of development and it looks damn stylish. Spermono Studios have uploaded some new screenshot to give us an impression of how the game currently looks and what can I say – it’s got a strong Tron vibe going and looks really cool. 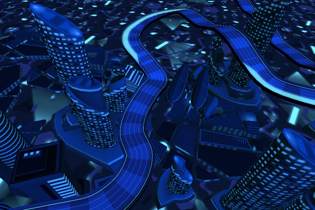 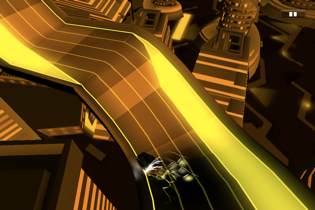 On paper, this sounds really awesome – a lot like Little Big Planet actually, where user generated content adds a ton of fun to the game. Forever Drive is now in the last stages of development, the guys at Supermono Studios are currently busy with bug-fixing and integrating the final parts into the game. If everything goes well, there should soon be a trailer out, so we can finally see it in action. This is definitely a game to watch and we’ll keep you posted with new details.

And as we have already posted, in case you’ve always wanted to find out what the development of an iOS game looks like, Supermono Studios got you covered with their behind the scenes series Making Forever Drive: