9mm Review: Ready For Some Action? 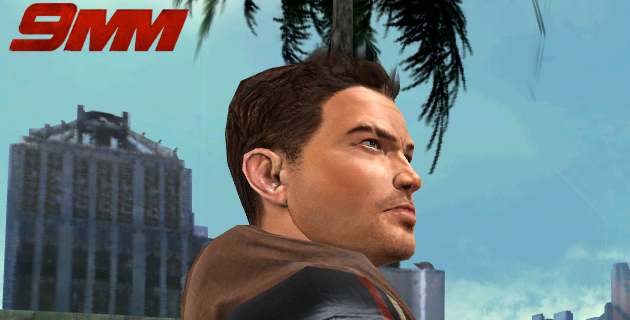 Gameloft’s new third person shooter 9mm is often compared to Remedy’s Max Payne. In case you’re not familiar with Max Payne, it was a celebrated third person shooter released in 2001 with a distinct feature called bullet time: For a limited amount of time you could slow down everything in the game except your ability to aim. This enabled you to take out several enemies at once all while dodging their bullets at the same time. Ah, what a satisfying feeling that was. Now, why the heck am I talking about this? Because that’s the exact gameplay mechanic that found its way into 9mm. And Gameloft managed to nail it.

And that’s great news. The shooter mechanics in 9mm are amongst the best you can get on your iPhone or iPad right now. The controls are buttery smooth and I especially like the way the camera tilts when you aim – it’s just a slight movement, but it really gives a nice touch to the overall experience. 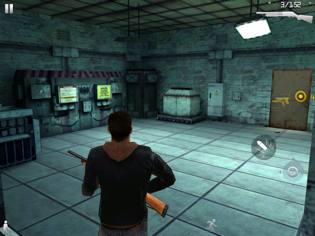 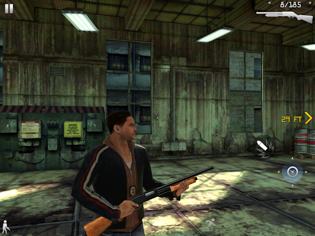 You’ll spend most of your time shooting bad guys and that’s a good thing – because that’s what 9mm by far is most competent in. There’s the occasional quick events mission that you need to endure, some button pressing to open doors every now and then and some not-so-great dialogue and story in between. You play as John “Loose” Kannon (I know…), a cop who likes to bend the law if that’s what it takes to get the bad guys into jail. Early on in the game, he kills the brother of a drug lord and finds himself in a drug war where his own family becomes a target.

But worry not, all the story bits are kept very short, so you can get back into the action before you could be bothered by it. However, there’s one thing the cutscenes are good for: You get the time to admire the graphics. 9mm is a gorgeous game – if anyone would have told me a few years ago that we’d soon get games with such graphics on our mobile phones, I’d have called them illusional. Just have a look at our screenshot or check out the trailer and you’ll get an idea of what to expect. 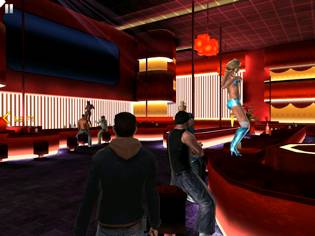 The single player campaign clocks in at about 3 to 4 hours. That’s not particularly long, but 9mm offers a fair amount of replay value thanks to a mission rating that keeps track of several stats like your accuracy for example. I strongly suggest to pick one of the higher difficulty levels though (and/or disable auto-aim), I found the game to be balanced on the easy side. Once you’re done with the campaign, you can jump right into one of two multiplayer modes: “Free for all” (death-match) and “Cops ‘n’ Gangstas” (team death-match). Gameloft’s online service, Gameloft Live, will keep track of your progress – the more and the better you play, the faster you’ll level up your character and unlock new and better weapons.

All in all, 9mm is probably one of the, if not the, best third person shooter available for your iPhone or iPad right now. The action is satisfying, the controls are slick and the visuals are amongst the best iOS has to offer. You like action? Get 9mm. It comes as Universal App for $6,99.