When I saw the first trailer for Dream:scape about two months ago, I got very excited about it. It looked like Dream:scape was shaping up nicely to become an incredibly atmospheric adventure with great visuals, that are backed up by the Unreal Engine. Now that the game was released today and I have finished the story, I’m happy to say that Dream:scape delivered on these expectations. But unfortunately, a lack of polish and some frustrating moments are holding it back from living up to its full potential. 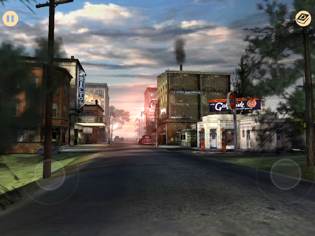 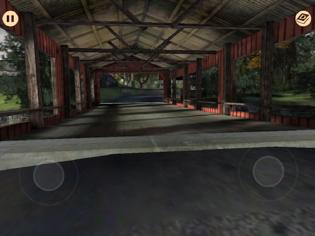 To begin with, Dream:scape is not so much of a game as it is an interactive story in which you rarely ever need to do something other than walk to the right places. The character you are guiding through the game is lying in some sort of coma and the doctors explain that he has zero brain activity. However, you find yourself waking up in a cornfield where a scarecrow tells you that this is your Dream:scape where you are about to unlock memories of your past. You are given a diary that functions as both a map and an aggregator of information to document the story for you. From then on you will spend your time unlocking the secrets of this man’s past. To do so, you need to find items that will unlock new places and new pieces of the story as you progress. The game lasts for about two or three hours and the excellent storytelling will keep you hooked until you finally know all the secrets.

But like I already mentioned, there are a few things that might frustrate you along the way. To begin with, there’s the map that’s pretty inaccurate. At the beginning of the game I was more concerned with where I was and where all the places are that I need to go than with anything else because I couldn’t make sense out of it. Then there’s an unnecessary amount of backtracking. Sometimes you can only pick up items if you are at the right point in the story – so although you know you will need this item later on, you’ll first have to walk across the whole map, trigger the next part of the story, backtrack across the whole map to get the item and then backtrack again to use it. That’s already frustrating, but the fact that the character walks faster diagonally than forward, which made me spend most of my time running sideways through the game, makes things even worse. The third point that I have to criticize are the controls. While the dual analog stick layout is proven to get the job done pretty well in free roaming 3D games, they sometimes just refused to work for a moment. And the few gesture based action sequences seem to have a problem with gesture recognition: I was only able to solve the last sequence when I tried it with a capacitive pen after I failed 15 times with my finger. 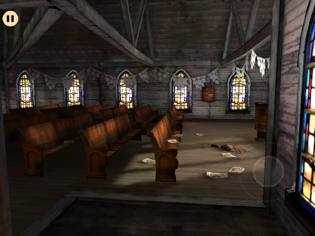 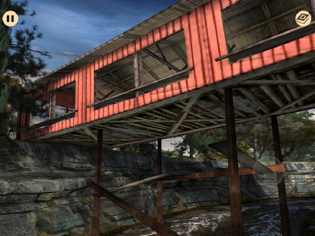 Luckily, Dream:scape shines bright, very bright in one area and that’s its story. The atmosphere is great, the voice-overs are excellent and the storytelling always makes you want to find out what happened next. It really keeps the whole thing going and makes up for a lot of the criticism. Like I said, the game is roughly two, maybe three hours long and you’ll spend quite some time of it wandering around. So I wont go any deeper into the story here as it would pretty much spoil the whole experience.

There’s a lot of criticism in this review, but I felt like I needed to address the game’s shortcomings. However, Dream:scape really delivers big time with its story and atmosphere, and creates an experience that is very outstanding on the App Store. Most of the shortcomings could also be addressed in future updates, which I really hope for. Dream:scape is also Speedbump Studios’ first game, which might explain and excuse some of the quirks it has. Overall, I really enjoyed the experience that Dream:scape has to offer and if you appreciate a good story, you should definitely give it shot. It comes as universal app for $1.99.