The developers over at Unity Technologies want to give you a sneak peak of what their brand new 3.4 version of the Unity Engine is capable of on your iPhone and iPad. And what’s a better way of showing off a new engine than to release a free tech demo that actually features some cool gameplay as well?

This concept turns Angry Bots [iPhone/iPad] (doesn’t sound familiar at all, does it?) into one gorgeous dual-stick shooter. Just don’t expect too much from its gameplay, it’s a tech demo after all. That being said, you can still have some fun times shooting those angry bots while you admire the beautiful graphics. And not only is Angry Bots’ name obviously inspired by the App Store sensation Angry Birds, it also borrowed some of its elements from console heavyweights like Dead Space and Bioshock. Like a health bar that is integrated into the suit of the character and revival chambers in case you die. But it all comes together quite nicely and for a tech demo, this is more than you could ask for. 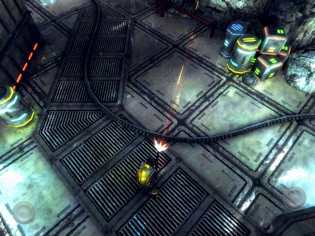 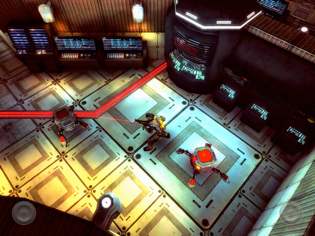 The visuals of this game make you really look forward to future releases powered by the Unity Engine and show that Epic’s Unreal Engine is not the only one that can bring console quality to iOS. One of the upcoming Unity powered games that has created a lot of buzz is Shadowgun, a third person shooter with a Gears of War vibe to it. It seems like the graphic engines for iOS are really starting to adapt to the additional power of the new A5 processors so it will be exciting to see where the visuals of iOS games are heading in the near future.