A full scale PSP game for only a fraction of the price – sounds quite good, right? And on top of that, Crimson Gem Saga also delivers on the gameplay front that’s build upon a turn based RGP frame. It is on the App Store for quite some time already, but I just recently had a lot of fun with it and felt it’s really worth sharing.

The iOS platform offers an immense amount of fun apps to kill some time with. But if you are looking for something comparable to the gameplay that the current console and PC generation offers you will find yourself left with only a few games on the App Store. If you are looking for such a title and you are into turn based RPGs, you just might have found the right game: Crimson Gem Saga(CGS) is a PSP port done right and fits exactly into this category. It does have a few minor quirks here and there, but nothing that could have touched the fun time I have spent with it. 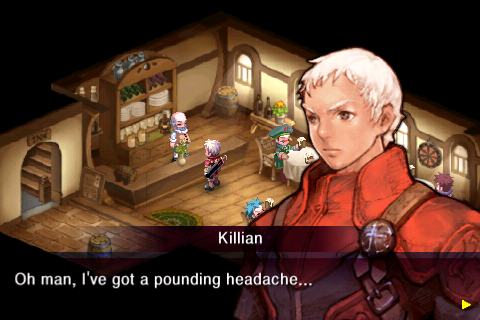 And that is already one of the points that sets it apart from most of the other games on the App Store: CGS is a long game. 30 to 40 hours can easily be spent on the first play through. And during those hours CGS is not only fun, but looks and sounds great as well. Everything is drawn by hand with great attention to detail. Almost every character comes with a detailed avatar that shows up during the dialogues that are even voiced over for the story relevant bits. The animations and effects during the battles are nice to look at and also not too long – which is important if you see the same animation for the 400th time. All in all the presentation of this game is a real treat. 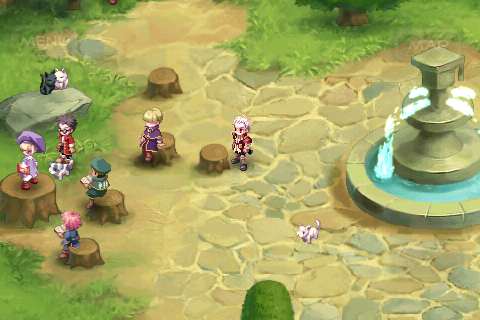 The Story kicks off with a disappointment for Killian, CGS’ main character. It’s his graduation day at Green Hill Academy and he expects nothing less but being awarded as the best student – a goal that he will slightly miss by being awarded 2nd best student. Being 2nd ruins Killians plan to join the Order of Light – however, he receives a letter of recommendation from the Principal of Green Hill Academy and before he knows it, he gets somehow caught up in the search for the powerful Crimson Gems.

The meat and flesh of every RPG is undoubtedly the combat system. And while CGS wont surprise you with any innovation on that front, its turn based combat system offers quite a bit of complexity, feels very rewarding and most importantly: It is a great deal of fun. Each character has his own skill tree that wants to be unlocked and upgraded. To upgrade your skills you need to find artifacts. To unlock new skills, you have to invest points that are earned during each battle. Treasure hunters will also be rewarded: During the campaign you will continuously find more powerful items to equip your characters with and useful artifacts to give you an edge in battle. Occasionally you will also bump into boss fights that are well staged and challenging – but never unfair. 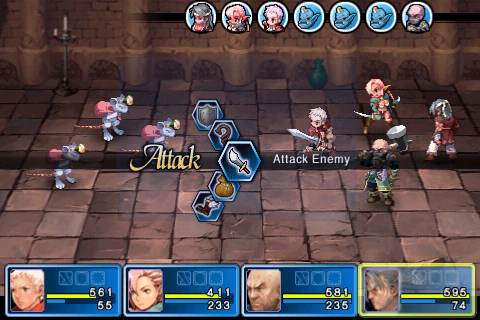 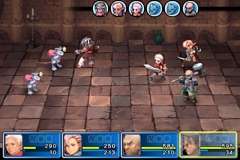 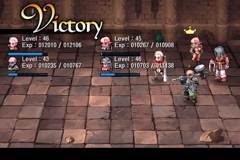 Unfortunately, sometimes the game wants you to remember that it is a PSP port. The menu system is a bit awkward and needs some time getting used to – however, after 3 hours into the game I managed to adapt to it and it didn’t bother me anymore.

This game gets my full recommendation to anyone who is into turn based RGPs and is looking for that ‘real’ gaming experience on his iPhone, iPod or iPad. Priced at $4,99 it’s a steal.

Oh, did I mention it’s published by Atlus? I guess that will ring a bell, with the Shin Megami Tensei series being one of their most famous ones. 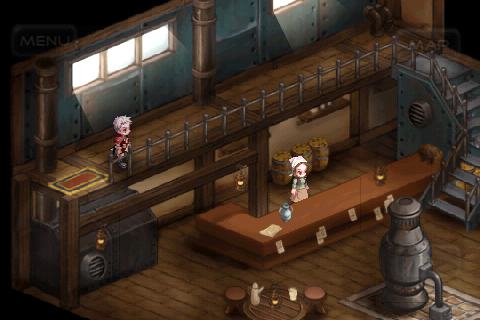