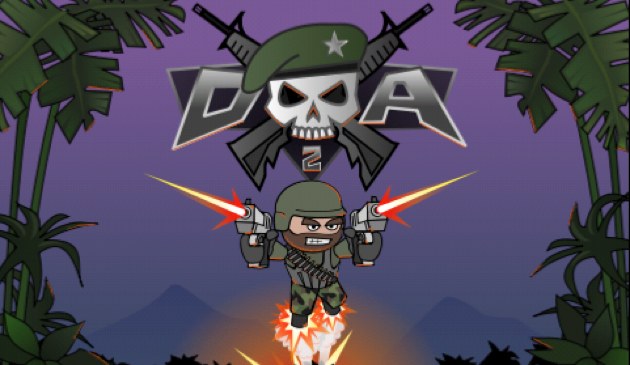 Doodle Army 2 just showed up on the App Store a bit earlier this week. It offers some fun 2D side scrolling online-action for iPhone and iPad and comes with a bunch of nice improvements compared to its predecessor. Doodle Army 2 is available for free with a one-time $0.99 in app purchase that unlocks the full set of weapons, enables avatar customization and removes the iAds.

Gameplay is as straightforward as it can be. You control your character with a virtual analog stick on the left and you aim and shoot with another analog stick on the right. Additionally, there are two buttons in the center of the screen, one to throw a grenade and one for close combat. Thanks to jet-pack boots, movement is almost unlimited in any direction. The precise controls make it fun to float through the levels while fragging as many opponents as possible. 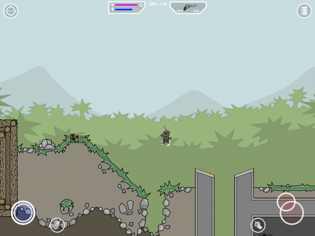 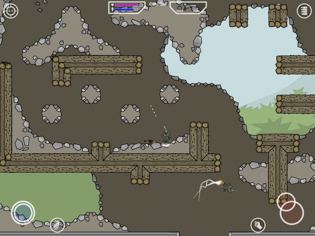 Unfortunately, the presentation of Doodle Army 2 is far from being impressive. While other games that don’t have cutting edge graphic engines know to impress with a detailed and charming art design, Doodle Army 2 doesn’t stand out in this category and looks a bit generic. A bit more attention to detail to spice up the looks of the maps could have worked wonders.

But after all, Doodle Army 2 definitely delivers on the gameplay front and thanks to its freemium model you should really download it and check out the gameplay yourself. It comes as a universal app for your iPhone and iPad.