Developer 2dboy announced that World of Goo for iPhone will finally be available on the App Store tomorrow, April 14. The regular price will be $2.99, but if you manage to be quick, you will get it for $0.99 within the first 24 hours. At the same time 2dboy will release an update for the iPad version of World of Goo[$4.99] which will turn it into a Universal App. The iPhone version of World of Goo will need at least an iPhone 3GS or 3rd generation iPod Touch. 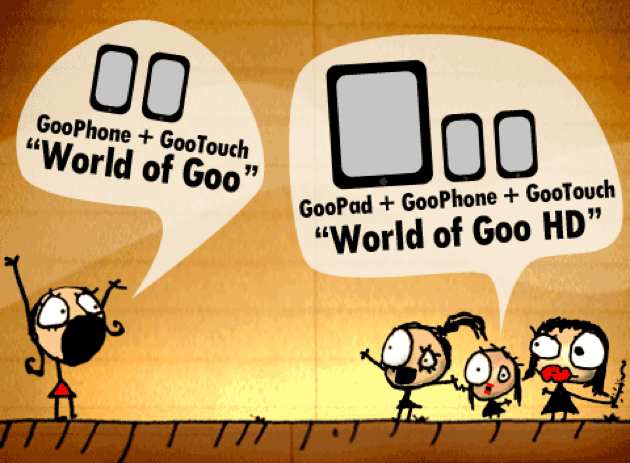 There will also be something new and iOS exclusive that wants to be discovered:

“Warning: We have discovered a strange new character who mysteriously appears after the end of the game. This new character seems to appear only in the iOS versions of World of Goo. But upon further investigation, there seems to be a good reason for that.”