If you’re the least bit into gaming, there’s probably no way that you haven’t been drooling over the footage of EA’s upcoming FPS Battlefield 3. Now, good news is that not only its release date is getting closer and closer, but EA is also working on an iOS version called Battlefield 3: Aftershock. And although the screenshots don’t reveal much, the graphics do look pretty sharp, although a tad sterile. Unfortunately, there’s not a whole lot more that we know about it right now. We can tell from some menu screenshots that it will come with at least 2 multiplayer modes, Death Match and Team Death Match. Looking at how the Battlefield series started to emphasize on great single player experiences, my guess is that it will also offer an offline campaign mode. There’s also no word yet when Battlefield 3: Aftershock will be released on the App Store or what it will cost you. With Bad Company 2, there is already a Battlefield game from EA on the App Store. Unfortunately, it doesn’t quite live up to its name. Let’s hope that changes this time around. 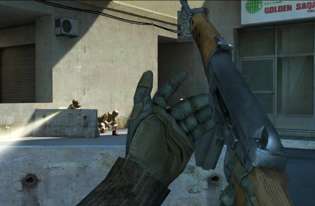 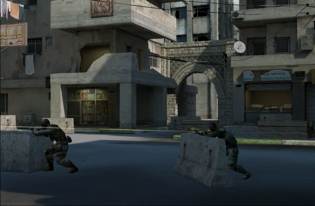 Looking at Battlefield 3: Aftershock, I guess it’s pretty safe to assume that it’s running on a completely new engine. And with the fact at hand that EA wants to further expand their influence in the mobile market, chances should be pretty good that we will soon be able to play some pretty rad online matches on our iPhones and iPads.