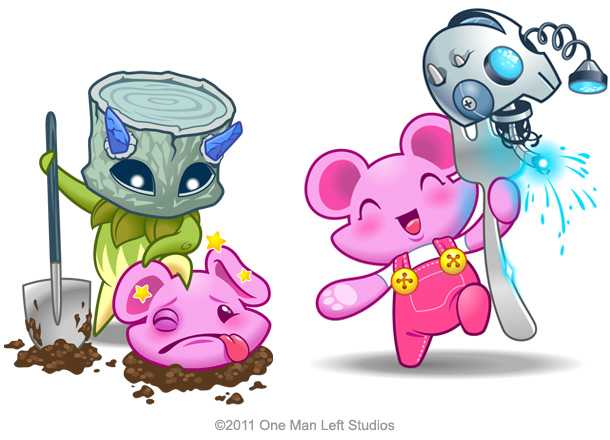 That’s what I call colorful! One Man Left Studios has announced they are working on their next title, so far called ‘Game II’. After the release of the great and successful arcade game Tilt to Live and many updates later, the Studio felt it’s time to move on and to prove themselves and the world they are more than just a “one-trick pony”. Information on the new game are pretty vague at the moment, but they have announced it to be a “turn-based strategy game for everyone”. The goal is to make it immediately accesible to anyone without having to go through a 20 minute tutorial or to cope with 30 on-screen buttons. Right now, One Man Left Studios has just finished the prototype and the production is said to be in full swing. There is no word on the release date yet, but the info that it will be developed for iPhone and iPad (whether or not it will be universal is not determined yet).

We had a blast with Tilt to Live so we are following the development of this new title closely and will keep you posted on it.