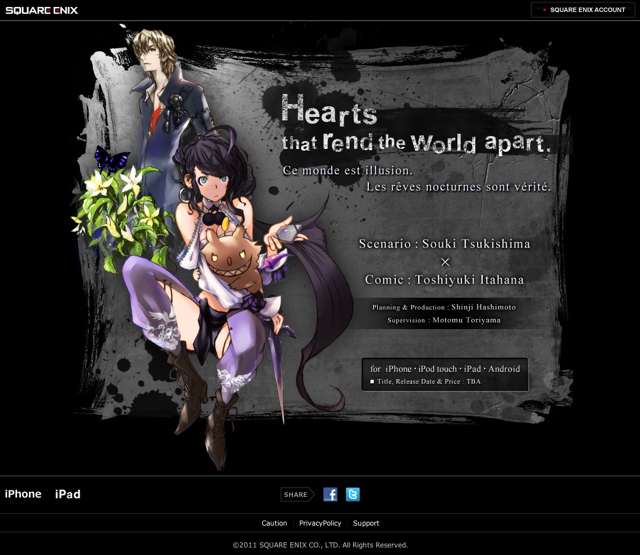 Square Enix, the guys behind the legendary Final Fantasy saga, has launched a new teaser page on its official Website to announce a new iPhone and iPad game. And basically this is already where the announcement ends. Not even the title of the game is given. Price and release date is also “TBA”. Since it’s Square Enix however, I guess it should be a pretty safe bet to assume that it’s going to be some sort of RPG. And if I think back how much fun I had with Chaos Rings and Final Fantasy III, a new Square RPG – maybe even developed especially for the iOS platform – is more than welcome.

Square Enix is currently also working on ‘Final Fantasy Tactics: The War of Lions’, which was actually scheduled to be released last year already. So there is lots to come in the near future!