Superbrothers: Sword & Sworcery EP For iPhone Out Now – How Well Does It Translate To The Smaller Screen? 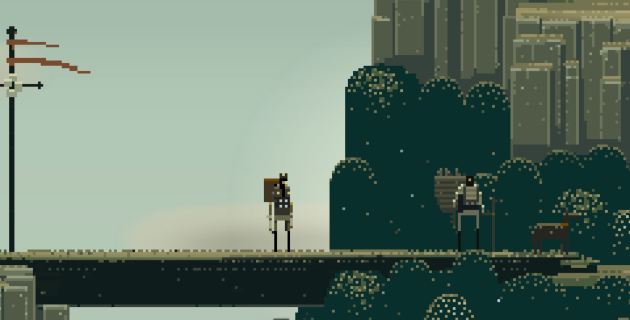 S:S&S EP is now officially and everywhere available for iPhone and iPod Touch. If you only intend to play it on these two devices go and grab the “Micro” [$2.99] titled version. If you happen to have both an iPad and iPhone, you should go with the normal version [$4.99] which just received an update that turned it into a universal app. We had only good words for S:S&S EP in our review for the iPad version, so the question is now “How well does it translate to the significantly smaller screen of an iPhone?”. The answer is quite simple: Excellent. 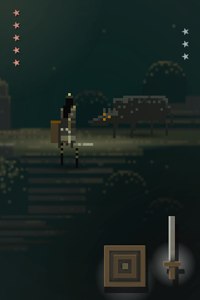 To begin with, let me say that what you get is the full experience – nothing is cut, everything is exactly the same as in the iPad version. Well, almost – have in mind that the screen aspect ratio is slightly different. It’s also interesting to know that when the development of #Sworcery (as this game is referred to on Twitter) started, the iPad wasn’t even announced yet. It was only later on that the team behind this project decided to release it for iPad first, because you only have to tweak it for 2 devices and 1 screen resolution, compared to all the different iPhone and iPod Touch models out there with retina and non-retina displays. That’s why Superbrothers’ Craig Adams, the one behind the pixel-art of #Sworcery, likes to say it’s finally “coming home”. One thing that I actually prefer on the iPhone is that rotating the screen (which you will have to do quite often) feels a lot more natural on it.

The game even runs on an iPhone 3G and 2nd Gen iPod Touch – although it does a feel a bit laggy on them and loading times can be a bit of drag. At least you will still have Jim Guthrie’s mesmerizing soundtrack in the background. One thing that is even more important when S:S&S EP is played on an iPhone and especially iPod Touch: Don’t forget to bring decent headphones!