While that might be a bit too self confident (the next Unreal Engine games are just around the corner), I’m sure you’ll agree that this game looks gorgeous. It definitely has a Gears of War vibe to it. The dimensions of the character models and the colors immediately reminded me of Epic’s Xbox 360 must-have game. But Shadowgun is actually not powered by Epic’s Unreal Engine but the Unity engine. It’s great to see that there’s another development platform capable of outputting high-end graphics – competition helps pushing things faster and further. The developers aim to turn Shadowgun into “the best expression of quality production achievable on mobile devices”. 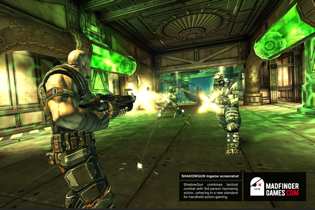 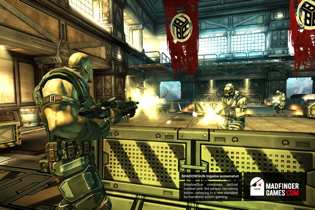 The game is set in 2350 and puts you into the role of “Shadowgun” John Slade. Your task is to hunt down Dr. Edgar Simon, a geneticist who has built himself an army of cyborgs, mutants and the sorts. To get the job done, you’ll be given a wide range of weapons to mess around with.

At the moment that’s all we know and the four screenshots are all the material that’s available. There’s no fixed release date yet, just a vague “2011″. I’m really looking forward to see more of Shadowgun, this sure looks like one of the most ambitious titles for iOS to date. 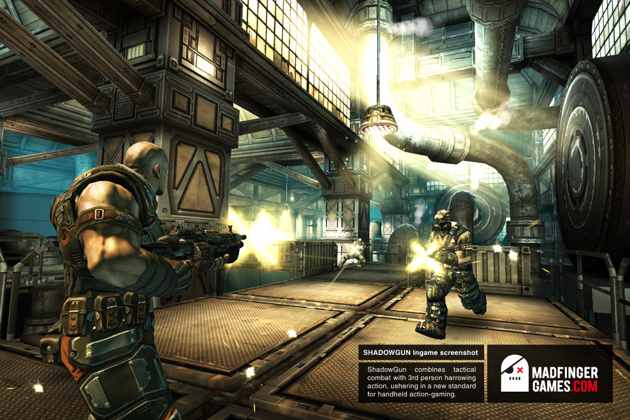