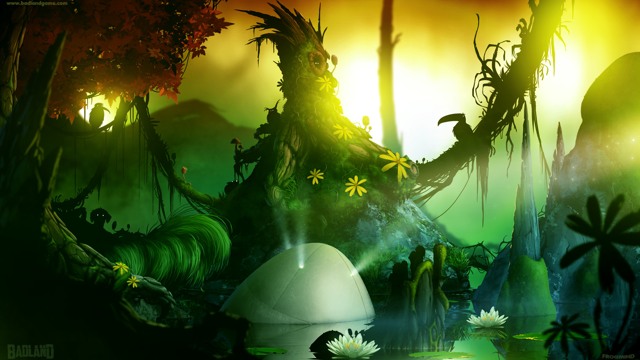 BADLAND is described as a side-scrolling action adventure game. And from the looks of the trailer, it seems to fully deliver on its promise! What I immediately noticed were the gorgeous visuals in BADLAND. It could be described as a happier, more Pixar-like version of the graphics I’ve grown to love from the indie hit Limbo. The game is currently in development at Frogmind, a little two-man indie-studio in Finland. Being specifically designed for iPhone and iPad, BADLAND will feature a touchscreen optimised one-touch control mechanic.

The game is set in a beautiful Forest and you’re in control of one of the inhabitants. Apparently, strange things started to happen in the forest and you’re now supposed to uncover what’s exactly going on. The developers are going to publish more information regarding BADLANDS the closer it gets to its yet-to-be-announced release date, and I’m definitely excited to see more of this promising title!