Highly Anticipated: iPhone And iPad Games You Have To Keep Your Eye On!

Infinity Blade Dungeons, Epic Games’ prequel to their incredibly successful Infinity Blade saga, was announced earlier this year. What makes it stand out form the previous games is the fact that it’s an isometric hack and slash game. And while this year saw the release of hack and slash heavy hitters like Diablo 3 and Torchlight 2, I’m still super excited for Infinity Blade Dungeons! There’s just something about the presentation and the atmosphere that make Epic’s Infinity Blade games a truly unique experience. The official release date still says “Coming Soon”, and I’m expecting this game to definitely hit before Christmas.

Star Command. Star friggin’ Command. I can’t wait for this game to be finally released on the App Store! The premise of Star Command is as simple as it is beautiful: You’re given the freedom to build your own spaceship, hire your own crew and then go explore the universe with them. Basically, it’ll make you feel like James Tiberius Kirk himself. And that’s just brilliant. Star Command was successfully funded on Kickstarter – but that was already one year ago. At the time, the developers were shooting for a Holiday 2011 release. The good news is that the devs have announced to publish a 10 minute gameplay video this monday. I’m excited to see what Star Command’s current state of development is! 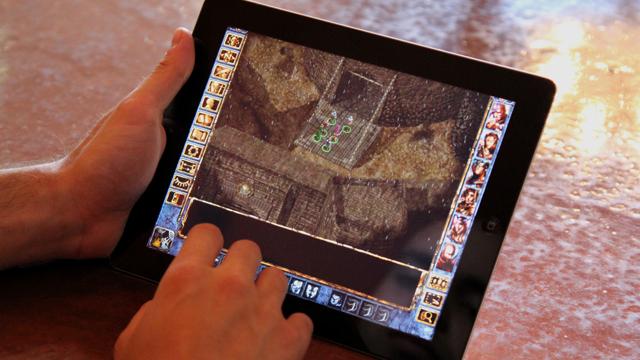 Baldur’s Gate Enhanced Edition is a port of the classic PC RGP that pretty much redefined the genre back then. Baldur’s Gate is a real RPG heavy weight and I’m happy to see games of such complexity being brought to the iPad. It has been in development for quite some time now and is coming out on November 30th. If you are even remotely interested in a deep and rich RPG experience, get ready to be blown away.